skip to main | skip to sidebar


Check out these facts that are known about the Zodiac Killer and look at the photo. If you have witnessed any of the Zodiac crimes and recognize this villain, call police. He lived in the Bay Area/Pacific Northwest from the late fifties onward.

Watch your car. Anyone can tamper with it and cause your car to break down in the middle of no where, like highway 16 in British Columbia or highway 5 in Washington state, leaving you in need of help and alone. A little mechanic work goes a long way when you are an old serial killer.... or his prodigy.


" The dead serial killer cannot be named because he was not charged.  The identity of the third serial killer is unknown – the cases attributed to him are unsolved."

Fact 2:
Riverside City Police: "Also found at the scene .... the heel-print from a shoe that appeared to be close to size 10."

Fact 3:
Although there was much discussion over the cases that were popping up all over the Bay Area amongst the varying police forces: "Opinion (was) split, however, as to who authored the 1966 and 1967 documents, and whether they were even written by the same person. The murder of Cheri Jo Bates remains controversial and there is no evidence to definitively exclude the Zodiac as the killer."

Fact 4:
Michael Renault Mageau describes the Zodiac Killer as "short, about 5'8" tall, but extremely heavyset, though 'not blubbery fat'  the man was at least 195 pounds and had a large face."

Fact 5:
Bryan Calvin Hartnell, a surviving witness said, "the man's voice was unremarkable, sounding neither educated nor illiterate, and though Hartnell could not detect an accent, he said the killer did have a slight lilt or drawl to his voice."

My uncle had a slight drawl to his voice; he is from Mississippi. There is another fact about my uncle's voice that only those who have heard it would know. Very uniquely, deep &amp; gravelly.

Fact 6:
He lived in the right places to have been the Zodiac Killer and more.

Fact 7:
An "SFPD memo dated November 12,1969: 'The suspect that was observed by Officer Foukes was a WMA 35-45 Yrs about 5' 10", 180-200 lbs.  Medium heavy build -- Barrel chested -- Medium complexion -- Light-colored hair possibly greying in rear (May have been lighting that caused this effect.)  (Navy or royal blue) Elastic cuffs and waistband zipped part way up.  Brown wool pants pleated type baggy in rear (Rust brown).  May have been wearing low cut shoes. Subject at no time appeared to be in a hurry walking with a shuffling lope, Slightly bent foreward head down.  The subject's general appearance to classify him as a group would be that he might be of Welsh ancestry.'"

Besides the fact that every physical description of the suspect that Officer Foukes gave matches my uncle to a B for Bubba, he also walked with a shuffling lope due to his right middle toe being shot off in a hunting accident when he was younger. Our family ancestry IS Welsh and isn't his hair shiny?

Fact 8:
The Zodiac Killer wrote: "Bullshit that area is srounded by high hills + trees. What I did was tape a small pencel flash light to the barrel of my gun".

He had such a gun. It was black metal with the site filed off and white tape residue around the barrel. It had a red shield on the handle. He called it a Saturday Night Police Special. He put it in my hand, in our apartment in San Bruno, California in the summer of '70. It weighed about 11 ounces. Then he bent it open and loaded it. He said he used a penlight flashlight taped to the top of the barrel to use as a site and said he did his best hunting at night. Asked if I wanted to go hunting with him. I wonder how many other people he has asked that question? I said, "No".


Fact 9:
Jake Vark states: "Before getting too close to the couple, he ducked behind one of the two nearby trees, put on an unusual four-cornered hood, and emerged about 20 feet away.  The hood was well sewn, black, and had a bib that fell almost to the man's waistline.  Embroidered on it was the crossed-circle design that had appeared in the 3-Part Cryptogram and its cover letters and would serve as the Zodiac's signature in most of his letters to come."

He had such a hood. It hung on the wall over his chair. It was not black, but a rich dark brown, finely tailored hangman's hood that fell to the waist with a flat, square top (like a hangman's hood with a mortarboard) adorned with gold symbols in each corner. He said he got it when he joined an old order of the Mason's. Templar's?


Fact 10:
A San Francisco Police memo states: "Also recovered from the cab was a pair of men's leather gloves in a size 7 (XXL), though it remains uncertain whether they were left by the killer".

Fact 11:
His mother is the woman who raised me. He was more like a brother than an uncle. At least once a year he would come home to visit in Terry, Mississippi. On at least two occasions in the latter 60's, on the morning after he left to go back to San Francisco, a piano string was missing off my grandmother's baby grand piano. She was certain her son had taken the strings and felt strongly in her heart that he was the Zodiac Killer. This she confessed to me on her death bed. I agreed, but knew of no way to offer proof. He may have committed murder more than anyone in history, in the south, up and down the west coast at high sea and God knows where else. 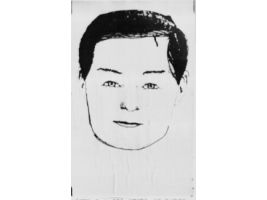 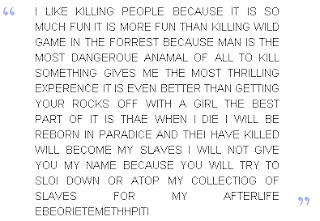 Signed card to his mother: 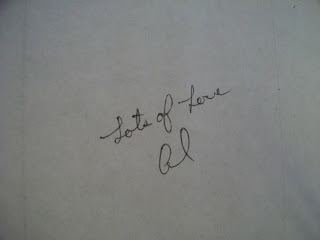 Envelope addressed to his mother: 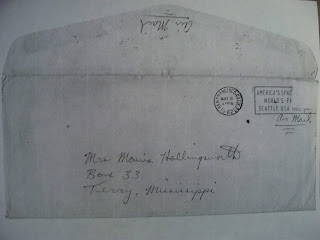 Check out the "3's", the "e's", the dotted "i's" and "b's" on this envelope, addressed to his mother, and compare it to the note written on the side of the Carmen Ghia. Check this handwriting with the notes. 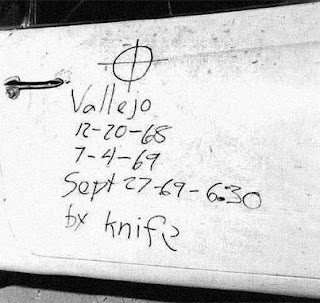 
Poster made from the description given by witnesses to Paul Stine's murder: 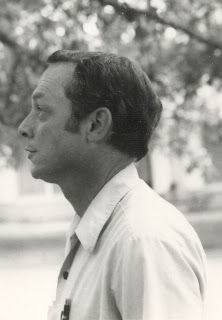 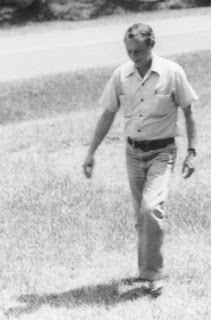 This is a cousin. I post his photo because he may have helped. Was he the guy who "rescued" the mother and baby? Did Uncle Bubba write police claiming he did this act to Ms. Johns so that everyone would be confused about his identity? Did my cousin help him? Did Eddy kill Paul Stine and Uncle Bubba write in claiming credit for it, for confusion's sake? Eddy for sure gave my uncle advice on how to get away with murder, having been a cop in New Orleans in the early 60's when so many women went missing there.

There just is no fact about the Zodiac case that does not match anything here. If there is, let me know.

DNA is always available for police to use in a comparison. DNA, obtained by RCMP from my mother, the Zodiac's sister, and their parents, both buried. So far, police are UNinterested in pursuing the forensic lead. Why?

He was seen in the presence of the Picktons at the notorious pig farm in Port Coquitlam, British Columbia by my sister Holli Innes, well known to police, who frequented Piggy's Palace with her best friend Marnie Frey.

Similar unsolved murders happened in several areas on the West Coast in the 1990's, at least five around where Uncle Bubba lived in Oregon. He did travel through British Columbia to Alaska throughout the 90's to visit another cousin in Anchorage. He did travel with a friend and he did travel the highway of tears.

Uncle Bubba lived at 2053 Fish Hatchery Road in Grant's Pass, Oregon in the 90's. Yet, southern Oregon police claim, "No one with that name lived at that address, nor anywhere else in Oregon, ever". But I called Al Hollingsworth at that address in the mid 90's AND HE ANSWERED! I gave the southern Oregon cops the phone number at which I spoke with Al Guy Hollingsworth in the 90's.


On September 23, 2003, at exit 246 on highway 5 heading north, I watched him abduct three young people. Two of the victims were tall, thin, white people (either male or female, I couldn't tell)  both with long (nearly to the waist) wavy light brown hair, in their 20's. These two people may have been twins. The other person was a short young white girl about 16 years old with shoulder length blond hair. They looked very scared as their eyes searched each other then looked at the man sitting in the car parked behind their red truck. I told State troopers in Bellingham about the incident, but I don't think they ever found those three victims alive. The thought that there was an organ trade going on crossed my mind.

In summary. It is my opinion that my uncle and cousin acted together to cause confusion with witnesses, survivors, the police and the public. It worked. One is dead and the other is still at large.

This case mystifies everyone, including me. Every single fact about my uncle matches every single bit of evidence available. Only American police can solve the case. The DNA of his son and his son's mother should be sought for comparison to that of any left by the suspect in any of the cases, including the murder of Cheri Jo Bates. It's up to Riverside police, should they so desire, to solve their case.